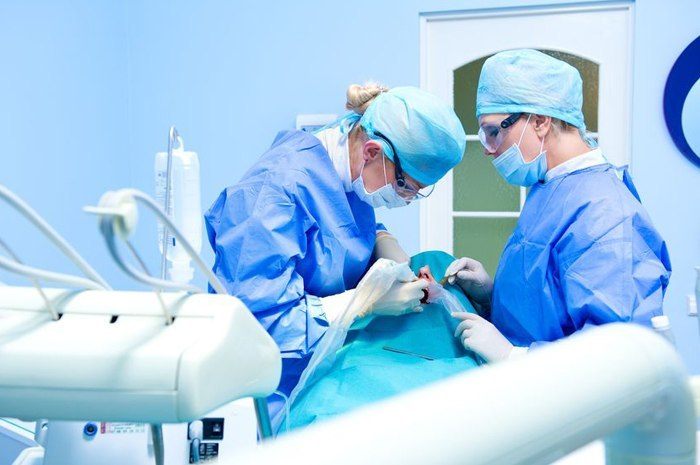 You need to have some tests before your doctor starts submaxilla and dental surgery and maxilla surgery processes. For example, you may be requested to have an x-ray for your maxilla. A whole examination for teeth and hard tissues are done with 2 dimension panoramic and 3 dimensions tomographic x-ray systems. Irregularities and problems, which may not be able to be realized during visual examination can be observed with the x-ray reports.

It is the process of cleaning the root tip for cystic and abscessed accumulations which could not be removed through root canal operation that is carried out in tooth root tip. During the operation, the patient does not feel any pain. It is a successful operation in terms of local and surgery.

Being the latest erupting tooth, wisdom tooth might be necessarily extracted with a small cut when it could not or not appropriately erupt due to the narrowness of the chin. This operation is pain-free. Following the operation, pain might be felt with a decreasing manner. The increased pain in the third day following the surgery shows that the region is infected and you need to see your dentist as soon as possible when such event occurs.

Maxilla osteotomy could be operated in order to eliminate the following issues:

Inside mouth, the roof of upper teeth might move similar to a unit, and upper teeth are moved forward till lower teeth get aligned with upper teeth by cutting the bones on the whole maxilla (the region below eye holes. After some surgery, closing problem of grinder might be experienced and this makes chewing difficult for the patient. In such cases, the doctor might thin of teeth surface or makes another operation for grinder region.

Submaxilla, which moved backward or forward to some extent, could be fixed with an operation, called mandibular osteotomy. The operation of cutting submaxilla on an appropriate region is called osteotomy.

In this procedure, the surgeon cuts the maxilla downard from behind the grinder region toward the neck, therefore the chin gets a position to be able to move forward. As a result of this process, the chin slides to its new position slowly and it is fixed to the maxilla with screws and plates until this region gets recovered.

Genioplasty is applied when submaxilla or maxilla generally moves in a certain amount or there is a missed maxilla inside the chin. A procedure, called genioplasty, is applied in order to eliminate all these problems, in other Words to fix the chin in its new position. Typically, surgeons change the chin structure or re-structure the chin system during the same surgery.

If above listed findings are observed in the patient, you need to see and get treatment from your dentist and orthodontist.

HOME PAGE
ABOUT US
BARIATRIC SURGERY
PRICES
CONTACT US